MMA games typically refer to titles that are about mixed martial arts, a brutal combat sport that’s popularized by brands like the UFC. As with most big-budget athletic activities, EA has their hands in this pie as well, having made some of the best titles MMA fans can enjoy.

However, these games are primarily found on consoles, so what about PC gamers?

Are There Any MMA Games on PC?

Yes, there are MMA games on PC. By doing a quick search on Steam, you’ll find several titles that are about mixed martial arts and aim to cater to fans of the sport. That being said, you’d have to be careful what you wish for when looking up titles on PC specifically.

Some of the most popular MMA games come from EA Sports. Games like UFC and UFC Undisputed, while generally garnering favorable reviews, have only seen the light of day on consoles. Sadly, official ports were never made for PC.

The main reason is that MMA is associated with fighting and the core fighting game the audience plays on Xbox and Playstation. But, that may have been a mistake given that what fighting game players enjoy is radically different from the type of gameplay found in UFC games.

It depends on your definition of the term fighting game. In the wider scope of the gamer world, a fighting game refers to video games that riff off of Street Fighter and Tekken. Most MMA titles are games that have fighting but they play nothing like fighting games.

Confused? Let me explain it differently. MMA games are to Street Fighter what Gran Turismo is to Need for Speed. The former feels more like a simulation of a real sport or activity while the latter is an arcade-style game. Street Fighter is a simplified, more reductive emulation of fighting with several fantasy elements and exaggerations thrown in.

MMA games try to emulate the real deal. In most titles, losing your entire health bar doesn’t mean the fight is over. There are typically other elements, such as stamina, that allow you to recover from being knocked down. Additionally, these games follow the rules of high-profile MMA leagues like the UFC.

To drive the point completely home, fighting games don’t have any realism. In an MMA game, an uppercut barely lifts your opponent off the ground because that’s how it works in the real world. In Tekken and Street Fighter, an uppercut practically sends the opponent flying into the stratosphere. In some cases, you can even toss out a few punches to keep their helpless body in the air and perform what is known as a juggle combo. And let’s not even mention the fireballs, lasers, guns, and other weapons and wacky abilities.

Bottom line, if you’re looking for an arcade fighting game experience, then you’ll have to look to Street Fighter and other games like it. For MMA games on PC, you’ve got a few options, some of which aren’t even focused on the fighting.

What Kinds of MMA Games Exist on PC?

The MMA game space on PC is…somewhat weird. The best titles that emulate the combat sport, such as EA Sports UFC and UFC Undisputed, never made the transition to PC. Instead, gamers on computers have a more diverse collection of other types of games that are about MMA but don’t play as you’d expect them to.

A quick search on Steam reveals that there’s only one title worth mentioning that’s all about punching and kicking. It’s called Ultimate MMA and it was developed by a solo indie developer. It was released in March of 2020 and plays similar to EA’s UFC series. You won’t find any big-name fighters in this title but it seems to have a fair amount of depth.

You can unlock over 50 moves from a variety of martial arts disciplines and choose the ones you want to customize your fighting style. Ultimate MMA seems to have local multiplayer as well so you can duke it out with your friends.

At the time of this writing, the game has garnered mixed reviews. Positive experiences are citing the game’s breadth of customization options and the low price of entry. On the other hand, the game’s detractors state that there is no ground grapple game which is a big part of MMA fighting.

If you thought MMA was the sport that escaped the management game treatment, think again. Compared to fighting-based MMA games, the management titles are plentiful on platforms like Steam.

The main idea of titles like MMA President and MMA Team Manager is to develop a team of fighters, manage their training and fight schedules, and lead them to the top. You don’t actively control your fighters while their kicking snot out of their opponents in the octagon. Instead, you do battle with stats and figures, make decisions on which fighters to keep and which to trade, and ensure your team is at peak condition. The exception here is MMA Team Manager which has some element of fighting to it but it’s not as nuanced as Ultimate MMA.

Both MMA President and MMA Team Manager have mixed reviews on Steam, which makes them the best titles on offer, so that says something.

You’ve read that right, folks. Among the MMA game offerings on PC is a deckbuilding-style game. If you’re familiar with Slay the Spire and other similar titles, you know what to expect from the game MMA Arena. What’s even more surprising is that it’s the best-rated MMA game on Steam right now with mostly positive reviews.

The title is all about the fighting just not in the way you’d expect. Instead of pushing buttons to strike your foes, you take turns using cards that represent your attacks and defensive maneuvers. And it’s surprisingly fun. The characters may look cartoony and goofy but the energy they bring is contagious. There’s tons of customization as well in the form of building decks of attack cards.

Which MMA Game on PC Should I Play?

This is a tough question to answer given how low the bar is set for MMA games. As we said, the pickings are slim, especially if you’re looking for a solid UFC-type experience. EA never ported those games for the PC master race so you’re only option is to pick up Ultimate MMA. You could try your luck with a console emulator that’ll allow you to play some older titles from the PS2 and original Xbox era.

Management games have a few more options but you’d be looking at games that haven’t resonated with their relevant audiences. There are complaints of bugs and lack of depth in the review sections for MMA President and MMA Team Manager.

However, if you like the world of mixed martial arts and want to experiment with formulating your own fighting style, MMA Arena is a solid game. It’s a card game with a turn-based battle system but you can spend a lot of time tricking out your fighter with card combos that represent flashy attacks. 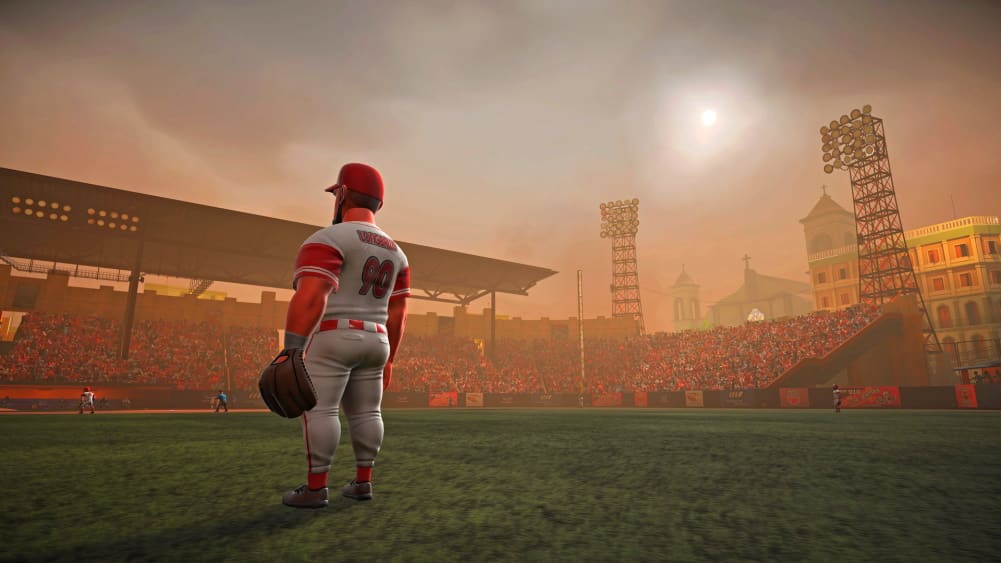