It’s Halloween, baby!  Sure, you could be out trick or treatin’, or checking out that neighbor girl dressed up as a ‘sexy’ version of a nurse, cat or fireman, but I ask you this: how would a true PC gamer celebrate in style? By lining up the top 5 scariest games of all time and playing them in a teeth-chattering, body-shaking, poop-your-pantsing marathon of epic horror awesomeness.

As you all know, I’m a gamer girl, and while I often feign bravery when it comes to most FPS’, these games scared me so much that I had to drink profusely to get through any marginal part of them. These suckers deliver on everything:  the dark, long corridors, freaky little girl ghosts, strange creatures jumping out from around every corner, and the kind of psychological warfare that makes you curl up in the corner and cry like a little baby.

What’s not to love? Let’s check out the top 5 – mwa ha ha haaa – scariest games of all time…

Oh boy, oh boy. This one made me scream like… well a littler girl than I already am. Is it just me or does Frictional Games actually want to make us wet ourselves?

Care for a flashback with that cup o’ joe? Be careful, you might spill hot coffee all over your lap. Basically, it starts out with our dear Phillip sending an email to a buddy and asking him to finish what he couldn’t. Then the flashback starts, and you’re taken on a real-life journey through the game, explaining exactly how good ol’ Philly got to that point in the first place. All jokes aside, this shit will curl your toes.

You wake up in a locked room, escape through an air vent, and BAM! we’re in the not-so-fantastical underground research facility: the Archaic Elevated Caste. These guys like researching ancient knowledge, but their base is ruined. Desolate. Well, apart from the dead and the staff who’ve been transformed into zombies. ‘The Infected’. Sounds cliched? Talk to me after you’ve played it. And you’ve changed your underwear.

Poor Phil has been infected, ‘cept he isn’t a zombie. Instead, he’s developed a cynical and sadistic split-personality, Clarence – this guy likes to tease. And while Phillip’s being taunted by Clarence and escaping super fast zomboids by the skin of his infected and highly freaked out teeth, he’s contacted by Amabel Swanson. She’s locked up in her little section of the lab, and offers to cure Phil of his Clarence plugin if he saves her.

And that’s as far as I’ll go, for fear of spoilers. You get the drift though: zombies, a quest, a damsel in distress and enough scares to make you poop yourself.

Okay, so when zombies don’t erupt out of anywhere when you’re least expecting them – and meagerly equipped with a damn flashlight – you’re taunted by visions of crazy ass dogs who chase you like you’re a steak on legs, and then promptly disappear two seconds later. In short: it’s kick-ass.

This one was as ominous as all hell. It made me claustrophobic. It made me look over my damn shoulder. I guess that’s all you can ask from the Silent Hill series. It baffles me that the creators of these games are the same ones who produced: Tiny Toons for Sega.

This one was a little more subtle and a lot more frustrating than the other titles. While they’re all scary – terrifying, even – this one really crept under my skin.

What’s worse than being trapped in your apartment for five days with mysterious locks on the door? Being trapped in that same apartment with a host of freaky ass ghosts for company. Fun times. Poor Harry Townshend’s trapped in his psychotic apartment with no real plan of escape until a mysterious hole appears in his bathroom wall. He stumbles into an alternate dimension and consequently the scariest friggin’ adventure of his life.

What he finds in this dimension is an abandoned subway station and one Cynthia Velázquez. She doesn’t believe any of what’s going on around her – being chased by ghosts, dogs and the like – and is killed by a random dude shortly after. When he gets back to his apartment, he hears that she’s died in real life as well via the radio. This happens to most of the characters he meets in the story. This pattern soon reveals an underlying thread – along with the diary scraps found in the inescapable apartment – and that is: a serial killer, Walter, wants to ‘purify’ the apartment by killing 21 people.

What was so freaky about this whole game was the silent ambiance. The feel of real terror in the apartment. In the first half of the game, it’s the only safe haven to heal, and in the second half, it steals health from you by throwing all manners of ghosts and ghoulies your way. Soon, trapped turns into a frantic bid at escape from the reality of a game which is set to torture you. Needless to say, it gave me the creeps. Thumbs up!

HOLY crap. That is all.

It’s set in the forest in the middle of the night. That should tell you something already. You’re tasked with finding the eight pages scattered throughout the forest which tell the tale of the Slender Man. A mythical dude, dressed in a suit, with no face, long arms and tentacles on his back. Not my idea of a dream date.

This guy can teleport to anywhere he wants and often does so right in front of your vary eyes. The trick is, you don’t have any weapon to beat him. All you’ve got is your flashlight – which can run out of batteries – and your legs – which can’t run too often or Mr. Slender will catch you whilst fatigued. You can’t look at him for too long or you’ll lose your sanity.

Sounds like a great Halloween to me. Buddy, this game is all about you. How fast you can run, how much you save your light, and how much balls you have. Gotta have big stones for this one. I don’t have ’em.

The game has no music. It’s you in the forest, crickets chirping, and the rustle of the Slender Man following you. It made me scream. It’s made many braver individuals scream. Possible the creepiest game I have ever played. Period. We love you Parsec Productions! Guess what else? It’s free —> get your’s here.

4. Call of Cthulhu: Dark Corner Of The Earth

Don’t you love Bethesda? Well, you can bet this game is NOTHING like the Elder Scrolls series. Well, apart from it’s sheer awesomeness of course.  Everything from the mists, to the wan Innsmouth town members, was eerie in this game. There are more than enough jump scares to satisfy the hardiest of PC gamers.

Introducing Mr. Jack Walters. This guy’s been through a lot. Six years ago, he was summoned to a manor in Boston, Massachusetts where he met up with a cult called the ‘Fellowship of the Yith’. But, the doors are locked, there’s no escape and what happened next was a vicious firefight. When the police found Jack, he was unconscious on the floor, surrounded by the massacred remains of the cult members. He was admitted into Arkham Asylum – psych hospital extraordinaire – but discharged soon after.

Six years on, he’s a private investigator and takes up a missing persons case in the coastal – freaky – town of Innsmouth. We’re talking roving mists, pale townsfolk, and more scares than you can shake a stick at. He’s there to investigate the disappearance of Brian Burnham – clerk sent to establish a store for the First National Grocery line. So, Jackie boy turns up and retires to his hotel room, only to be chased through it by an armed mob.

Now, the fun really starts. He’s got to sneak his way through the town, avoiding death by Innsmouth police and cultists alike – cue Cthulhu – and solve this mystery before he’s killed. Once again, I’m not giving away the rest for spoilers’ sake.

There have been some complaints of uber bugginess from most people who’ve bought the game. Also, the puzzles are pretty difficult to solve, but no one said it would be easy right? The first-person point of view is super creepy, and the gameplay is fun. It’ll also get that adrenaline pumping.

Okay, so it’s super old, but it’s a TOTAL classic. I played this one on my ancient student computer, with Minecraft-style quality, and still screamed and jumped at everything. Doggy demons falling off the roof, ghosts popping up out of nowhere, and a really eerie setting.

This game had the perfect plot, for me. Spooky, magic, adventure, horror – everything a good game has. It all begins in 1923 when World War I veteran, Patrick Galloway, gets a letter from a close friend: Jeremiah Covenant. Covenant begs Patrick to come to his aid at his ancient mansion, where he lies in failing health. You see, Patrick’s good at solving occult problems, and Jeremiah’s got a doozy on his hands.

His entire family of siblings – 5 in all – has been killed and brought back as undead ghosties. They probably shouldn’t have played around with the occult book they found in their father’s library, should they? Especially not near the mystical standing stones on the island just off the estate. Jeremiah’s terrified that he’ll end up like his beloved siblings.

Patrick, the hero that he is, takes on the quest and ends up battling it out with the Covenant, a bad demon dude named The Undying King, and a power-hungry rival Otto Keisinger.

I loved this game. Loved it. It’s not the newest around, but there are countless chills and thrills. Demons jumping out from every direction, the ability to see into another dimension and reveal the darker side of the story, and the jump scares from the Covenant kids. It’s not going to work on Windows 8, but if you’ve got an old PC running Windows XP or lower, this might be a good choice for you.

And there you have it, gentle folk: 5 of the scariest games I could get my hands on. Happy Halloween. ;)

What are some of your scariest games? Let me know and I’ll be happy to review ’em. 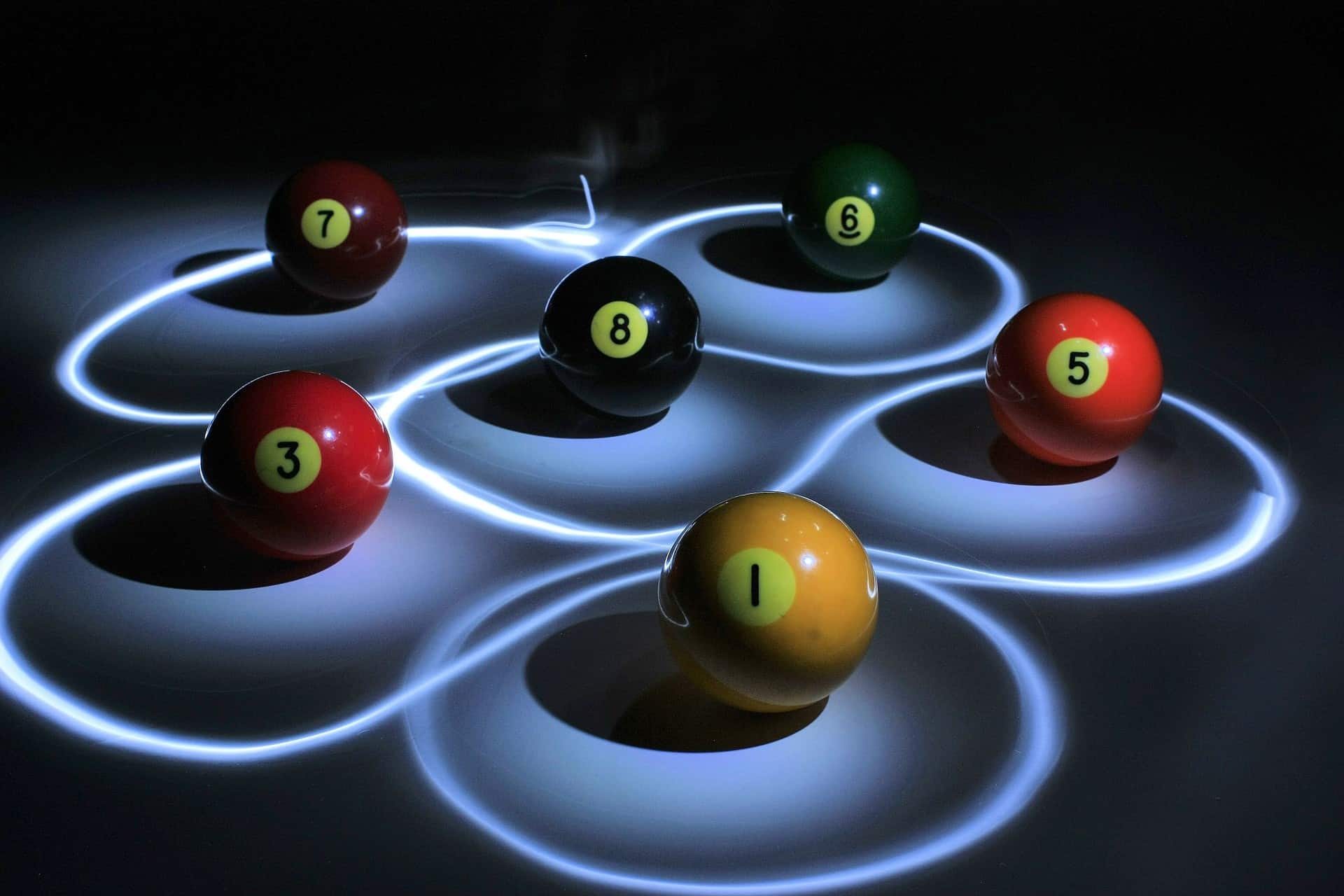 While some games will set you back somewhere between $5 and 60$ or more depending on the title, there are…