So, you have read our articles on how to set up your rig for the best racing experience you can get. Now you just need to find the best software to go with your shiny new racing wheel. Well, we can help you out with a few suggestions. These are some of the best racing car games you can get for your PC. I have tried to pick the best from a variety of racing subgenres so you know what will best suit your particular need for speed. Speaking of need for speed…

My Favorite of the Racing Car Games: Need for Speed

Need for Speed Underground is an arcade racer focused on import tuners and driving with style (read: drifting and getting air). Definitely not a simulation racer, the physics are forgiving and accessible, which makes for fun racing no matter your ability level. Another focus of the game is, obviously, tuning your import. What is nice about NFS Underground is that while you can tune performance-altering aspects of your car, the focus on the import tuner scene also allows you to change up your ride with style by adding purely aesthetic aftermarket parts. Most racers allow you to trick out your ride with a new turbocharger, but adding neon to the underbody?  Well, that is something special. While the graphics are a bit stylized and dated today, the fun factor on this game still makes it one of the top racing car games for PC.

Blur is not a game that I would recommend necessarily as a racer. The racing is adequate and the controls on the vehicles are better than average, but don’t quite make the quality cut to play with the top dogs. Blur made the list because it not only is a pretty good racer, but also give you access to an array of weapon types, essentially turning it into a Mario Kart with actual cars. I am willing to forgive a less refined physics system if I can deploy mini thunderstorms to take down my opponent, and being encouraged to play dirty is sometimes a nice break from more traditional racing games. Having the option to win by driving your opponent off a cliff or by firing missiles up their tailpipe is not only a nice change of pace, but a heck of a lot of fun as well.

On the other end of the spectrum is GTR 2 Racing, which is a faithful simulation of GT racing. With punishing physics, realistic damage and performance degradation between pit stops and the sense that any small mistake will send you careening into the wall, GTR 2 brings as much realism to the table as any racing game out there. As with any racing sim, the learning curve is a bit steeper than you find with an arcade racer, but GT2 helps walk you through the paces with an extensive learning system that will help prepare you for the rigors of simulation mode. And any novice is going to need it. More so than any other racing sim, GTR2 really brings to the table an in-depth physics model for tearing around the track. Every bump in the road changes the handling of your vehicle; tires degrade over time and have a palpable effect on responsiveness and as for running your opponents off the road as you could in Blur? Not if you would like to finish the race, too.

Back in the realm of the arcade racer, Burnout Paradise is an excellent open world street racer that has an excellent variety of racing and “tracks” to explore. If you are feeling lazy, you can take a leisurely drive around the city or surrounding countryside, if you want to speed things up a bit, find a street race and go tearing through the immense map ahead of the competition. Of course, the Burnout tradition doesn’t just stop with racing. There are stunt challenges that reward you for making insane jumps or drifting as you try to reach the finish line. The vehicle lineup also includes motorcycles, which is a ton of fun when you are tired of driving around on four wheels. There is even a crash mode where you can earn points for helping engineer mass collisions but frankly, it is merely a pale shadow of the crash mode from Paradise’s predecessor and feels like it was tacked on to the rest of the package. Notwithstanding the (in my opinion) failed crash mode, Burnout Paradise is a great racing game, with a ton to do, a huge selection of cars and is a heck of a lot of fun.

Dirt 3 is one of the best racing car games for PC that explores the off-road side of racing. With rally events and gymkhana, it is a racer for those comfortable looking out the side window of the car instead of the windshield. The re-creation of various types of road and weather conditions is really where Dirt 3 stands out. While other racing games have attempted to do this in the past, it has been with less success. Having grown up driving in snow, I can say that Dirt 3 comes the closest to approximating that experience on a PC. There are a few mini games to participate in for when you want to take a break from racing, which are somewhat amusing, but with racing this good, I rarely feel the need to amuse myself otherwise. Like Burnout Paradise, there is a sizeable garage to pick from and the variety of events offered means that you won’t run out of things to do with your virtual vehicles.

Of course, giving a rundown of the best racing car games for PC would not be complete without mentioning the F1 series. These games are, like GTR2, racing sims that demand exacting perfection to truly triumph. The best of the lot is F1 2012, which has honed its simulation of driving Indy cars to the nth degree. Like any good racing sim, damage, tire wear, fuel consumption and strategizing pit stops are all part of the game. While a little more forgiving than GTR2, F1 2012 still requires significant racing chops to win the chequered flag. As far as sims go, I do prefer the GT cars of GTR2, but for replicating the Formula One experience, F1 2012 is really the only choice for your PC.

Best Racing Car Games Gallery -what is yours?

And there you have it! Some of the best racing car games you can play on your PC. Regardless of whether you are an arcade racer, a racing sim fanatic, or someone that just wants to marvel at the technology behind the new rig that you built with our guide, these games will help you scratch that itch in style. Now get out there and burn some rubber! We showed you five of the greatest Indie games for the PC platform so far. But that hardly even begins to cover the range of quality available. 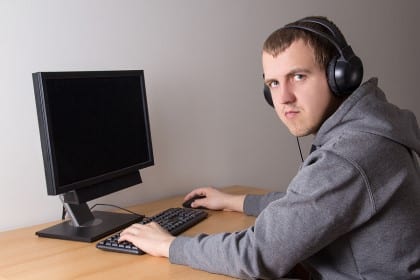 Continuing with our theme for our U.K. readers, let’s find out what the best gaming PC under 1000 pounds is.